Back in April I partnered with Arcana to make Free Comic Book Day a little more fun in Ottawa. What we were giving out was their brand new steampunk comic Steam Engines of OZ. It is a beautiful piece of artwork and the story is fantastic. Distopian OZ after the Tin Man has taken control and become power hungry. It's fantastic!

Recently I thought it would be fun to see if Arcana would give me a little something to giveaway to a couple of people here at Steampunk Canada. Their fantastic leader Sean piped up right away and said "Sure!". I expected maybe a couple of comics or a button or two, but instead I got this... 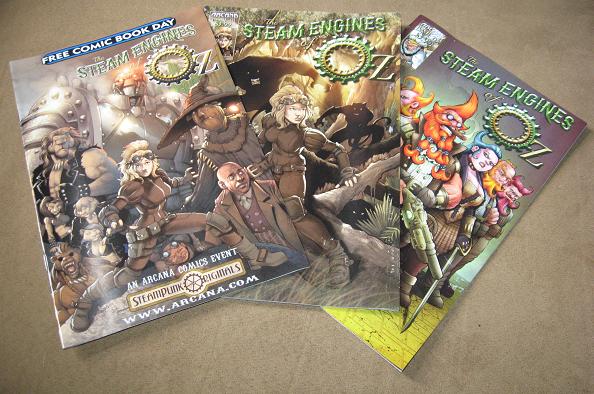 Each box was full of one of these.

So, here's what I decided to do with them - I have already donated 50 sets of them to our local children's hospital. I will also be donating another bunch to any children's charities that would like them. I will be giving away a bunch on my other website Geeky Godmother, but for you guys - I have 50 sets to giveaway! 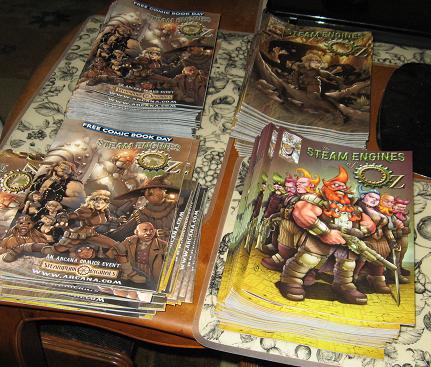 Took me a wee bit to make sets for everyone - I had fun though - listened to Clockwork Angels by Rush while I worked.

Best part - all you have to do is comment below...

One word to describe why you like Steampunk Canada

I'll mail out a set to the first 50 people that do.

Thanks Arcana for being a generous bunch of ...you-know-whats. We love you!!

Copyright Â©2010-2021 All rights reserved. For Information Purposes Only.