It was wildly successful and it's currently in production. We can't wait to see it!

But in the meantime, they sent out all the physical perks to its supporters. That means we have sometime to giveaway to you!

We have a beautiful set of paperdolls and their clothing from the animation, as well as gadget blueprints, and a sticker. 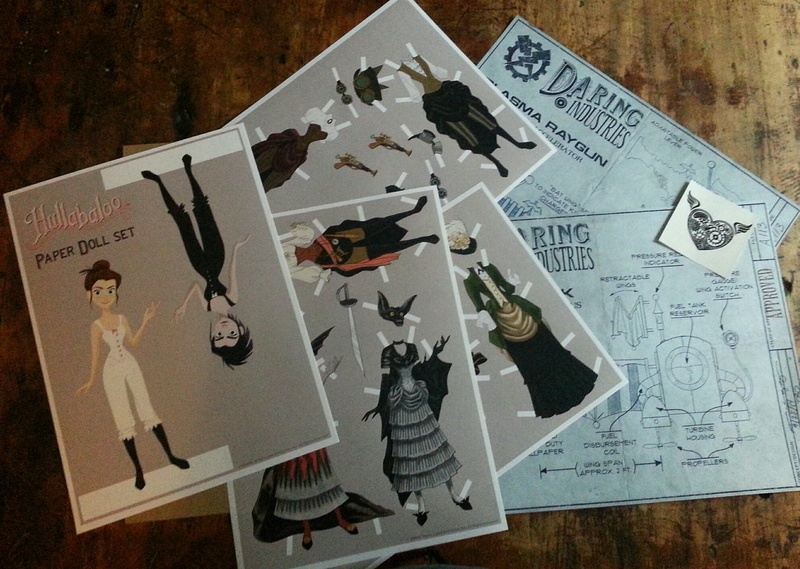 All you have to do is comment below and we'll enter you into the contest!

You have until Monday, November 2nd to enter.

Most steampunks have heard of the fabulous artist James Ng. If you haven't, go NOW and look at his amazing work. 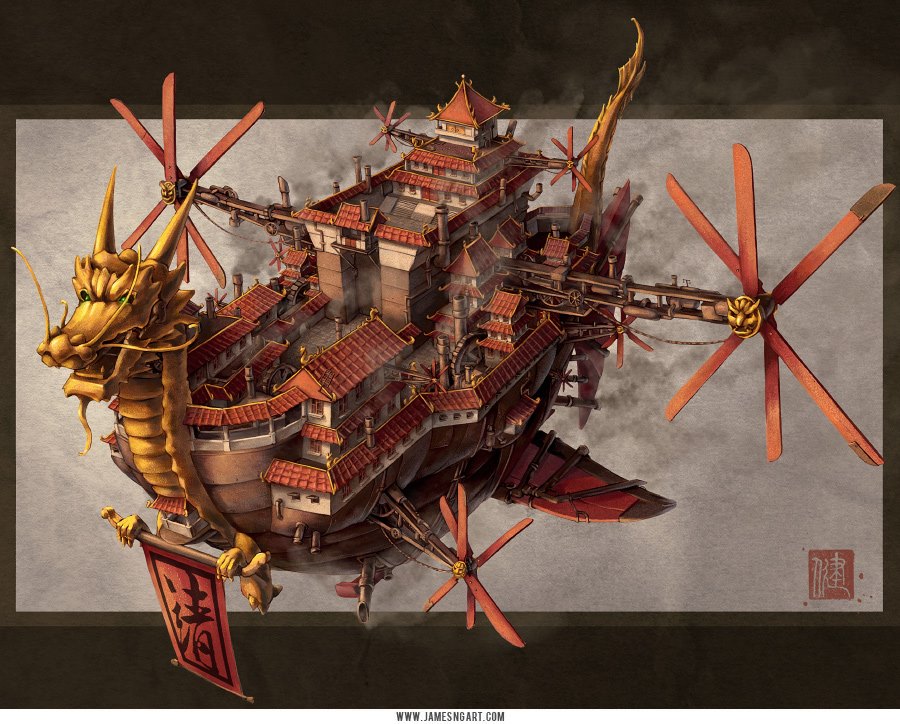 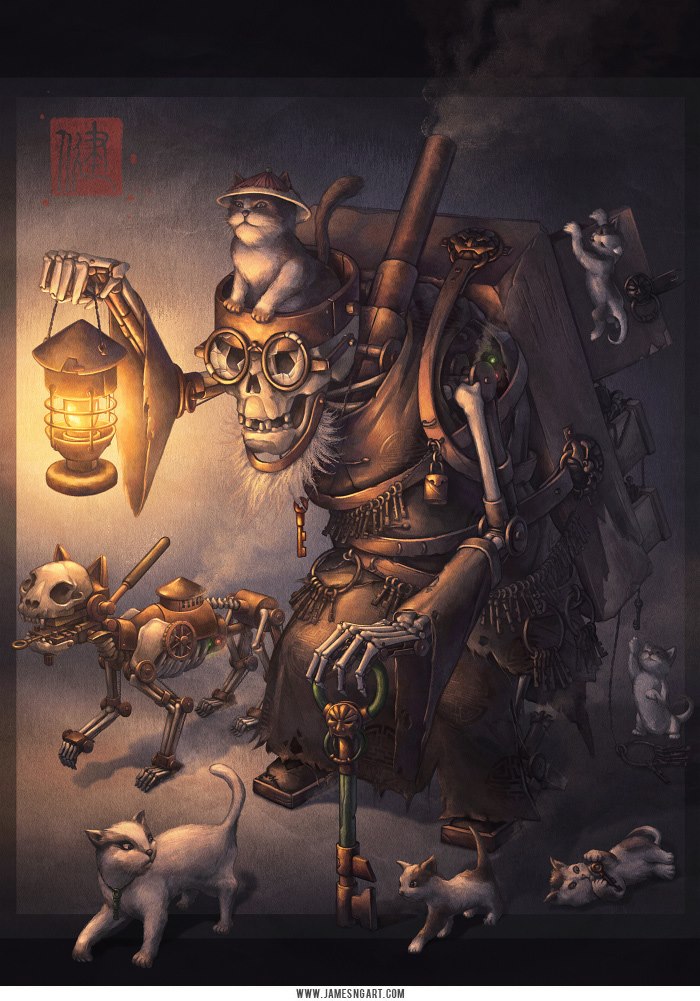 But that's not all. Did you know that he and Canadian illustrator Michael Halbert worked together with Brandever to create probably the most imaginative beer labels ever made?

Steamworks brewery in BC, Canada

You can see more of their label artwork at the brewery website.

There is a new steampunk video game coming in 2016.

Here's a taste of what's to come!

Trudy's Mechanicals is a tactics game created by the creative minds at Incubator Games in Toronto, Ontario. The game (and story) unfolds aboard an airship named Trudy.

Everyone at Incubator Games are huge fans of steampunk. You can see their love in the artwork for the game. Concept art for an exoskeleton makes up the world that exists on Trudy

A few of the mechanicals, including the Box Man

Watch the teaser trailer to get Trudy's background story.

To keep up to date on production and to see more artwork, you can find them on Tumblr, Facebook and Twitter.

A new "sport" has come to Canada!

Splendid Teapot Racing was conceived by Simone Montgomery in Dunedin, New Zealand, and the first public contest was at the 2014 Steampunk NZ Festival in Oamaru. It has now become an international event and our very own Professor Thaddeus Oliver Glitzmore, esq. has started the Canadian branch of this fine guild.

You can find out everything you need to know at the guild's website. There are rules and an organizer's guide to help new guild members get started.

Sounds utterly splendid. I look forward to this spectacle taking off across the country.

Last November I put a call out for Canadian authors.

Exile Editions, together with editor Dominik Parisien, are creating a steampunk anthology. Yes, there have been lots of these, but this one is special because it's all Canadian stories all written by Canadian authors!

Clockwork Canada will be released next April, 2016. The publisher has announced the table of contents:

“The Harpoonist” by Brent Nichols

“The Curlicue Seahorse” by Chantal Boudreau

“Our Chymical Séance” by Tony Pi

“The Tunnels of Madness” by Harold R. Thompson

“Let Slip the Sluicegates of War, Hydro-Girl” by Terri Favro

“Bones of Bronze, Limbs like Iron” by Rhea Rose

This is something to be proud of. Keep watching for its release.

That story revolves around Owen Hardy. A young man who runs away from the Watchmaker's stability to find adventure and a new life. Now, Peart and Anderson have come together again to create a new story set in the same lands controlled by the watchful eye of the Watchmaker. 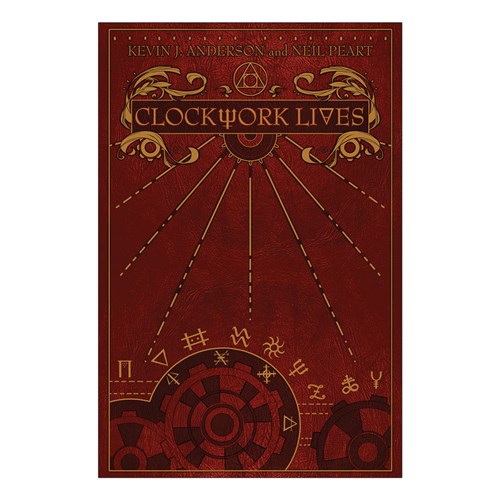 Clockwork Lives is the story of Marinda Peake. A mature woman content with her quiet, stable life taking care of her ailing father. She set "her ambitions low enough so that she met every single one of them". But her life changes drastically when her father dies and leaves in his will that she be kicked out of their home until she can complete a very specific task.

Marinda's father leaves her a letter, a vial of his blood, and a book covered in alchemical symbols. The letter explains that she will not be allowed back into her cozy cottage, nor collect her inheritance, until she has filled the book with people's tales. One drop of blood activates the specially treated pages to write out that person's true story. Miranda starts with the vial of her father's blood and finds out a truth she could never have imagined.

She hates her father for forcing her out of her home and comfort zone, but all stories must start with a journey, and task her father leaves her sets her on that path.

Throughout the book the reader goes on the journey with Marinda. As she collects some epic stories from those she encounters, we learn the back stories of a number of interesting figures who appeared in Clockwork Angels, and new ones that appear in this adventure. One of my favourite characters in Clockwork Angels, the fortune teller, is back in Clockwork Lives. I finally got to hear her story. It definitely was not what I was expecting, but it fit beautifully in the mythos of Albion.

Having Marinda collect stories is a brilliant device for expanding the world of the Watchmaker. The reader gets a much more detailed look at the world imagined into existence by the authors. It pulls the reader closer and the characters become flesh and blood. I love that Marinda learns that wherever you go people are people. Anyone who's ever travelled knows how very true that is.

She also finds her strength and her voice, and learns many new skills during her travels. She also learns that travelling in itself is a learning experience. By the end, she blossoms and finds her true passion, someone to love, and an appreciation for the gift her father gave her - the joy of truly living, learning, and having something interesting to look forward to each day.

Clockwork Lives is wonderful. It's an inspirational adventure. You are never set in one life. You can always start again and live a new dream.

It will be released in September, 2015, but you can pre-order now.

Lucky Thunder Bay, Ontario! They are getting their very own steampunk gastropub.

It's called Excuria and it should be open very soon.  It's located at 135 N Archibald Street, Thunder Bay, Ontario. They've been having tastings lately, and deliveries have been fast and furious.

Commissioned rendition of their staircase and bar.

Cities throughout Canada take note. We want more places to congregate and partake of vittals and beverages.

All the best to the owners and staff at ExCuria!

This is such a wonderful way to teach children about steampunk, as well as a great way to have fun and be creative.

Little inventor Kai Tannler has won the first prize at the ZHAW School of Engineering with his " Electric Time Machine " .

Thanks to The Chocolatist for the update and wonderful photos. You can see more photos HERE

A grand exposition of Canadian steampunk grandeur, a festival of epic proportions, sights and sounds to entertain and delight... all this and more! 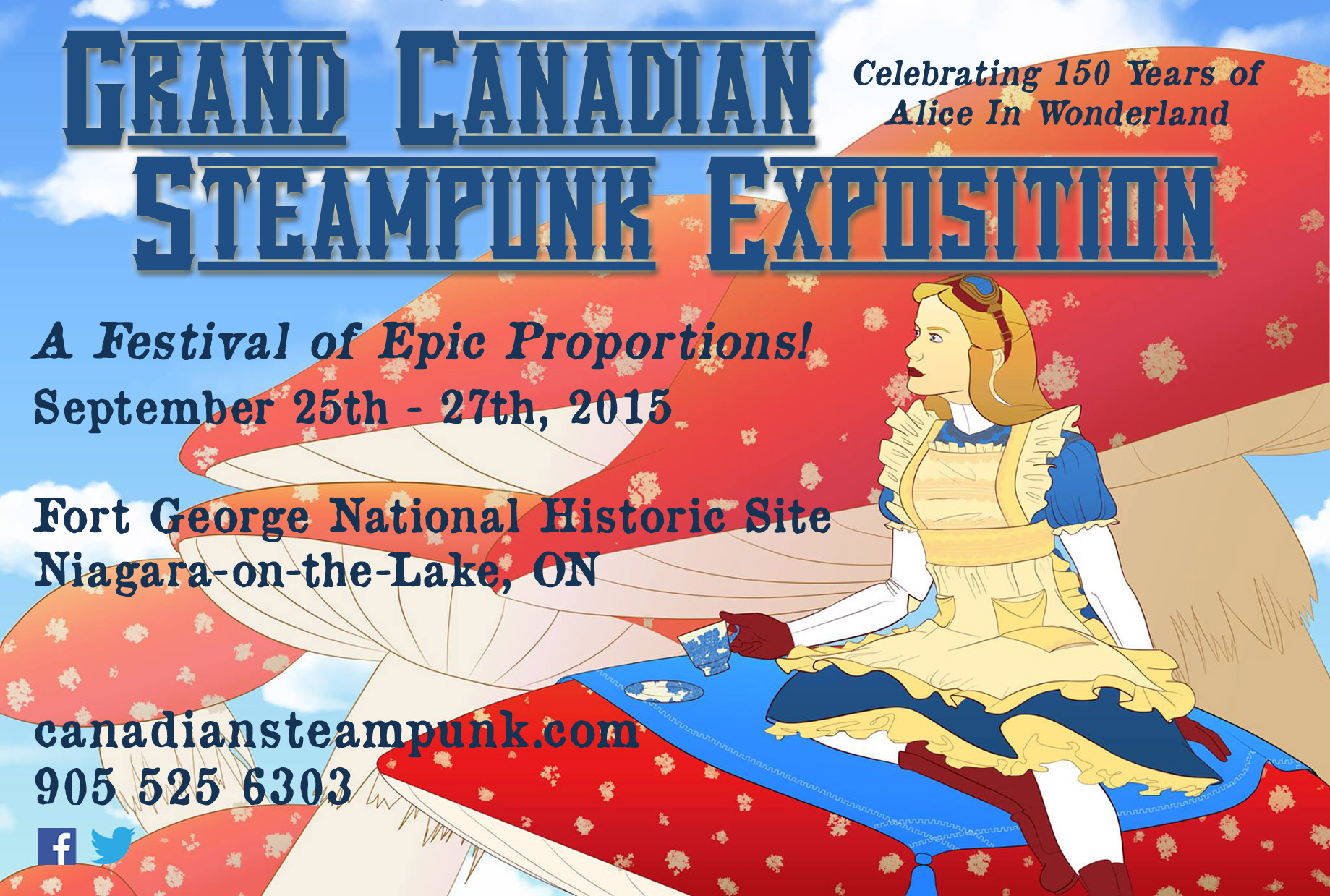 It's almost time for the Second Annual Grand Canadian Steampunk Exposition, once again filled with sights, sounds, and experiences that have to be seen to be believed. Travel to the world of a real, honest to goodness 19th century Fort, where delights and pleasures abound – along with a multitude of surprises and experiences that you simply haven’t encountered anywhere before. What happens when you let a very large gaggle of Steampunks loose in a very large Fort full or soldiers, muskets, cannons, and so forth? The mind boggles. 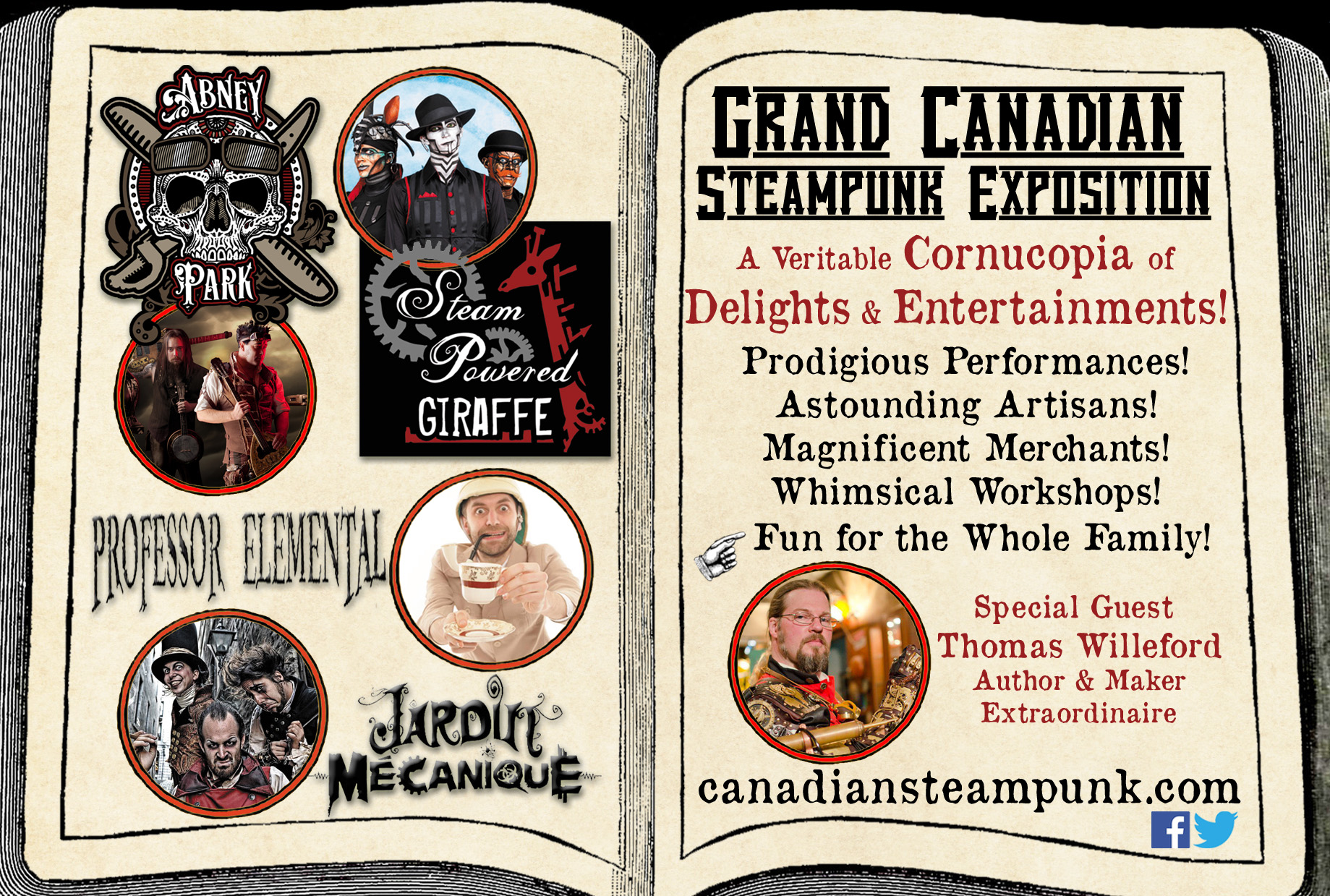 Magnificent performers, inspiring panels and workshops, incomparable photo ops, fantastic vendors – all of this and so very much more awaits you at Fort George National Historic Site in Niagara-on-the-Lake, Ontario, Canada.

I'll be there with steampunk bells on! Will you?

There is an auction coming up on June 13th starting at 10:30 a.m. and located at 8169 Langstaff Road, Clarington (Kendal), Ontario.

There will be a number of good pieces that would be perfect for steampunk projects!

Here are some examples: 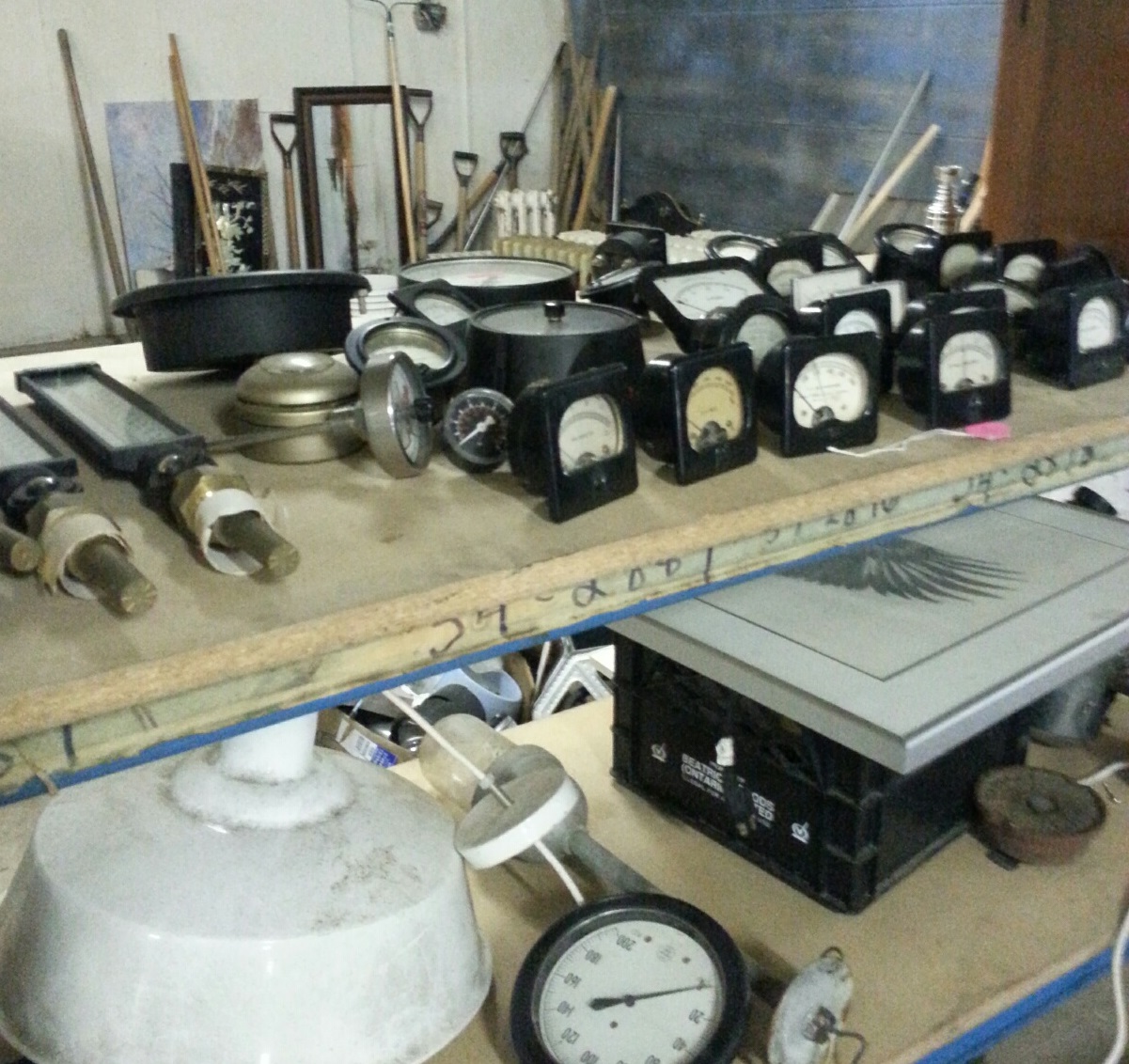 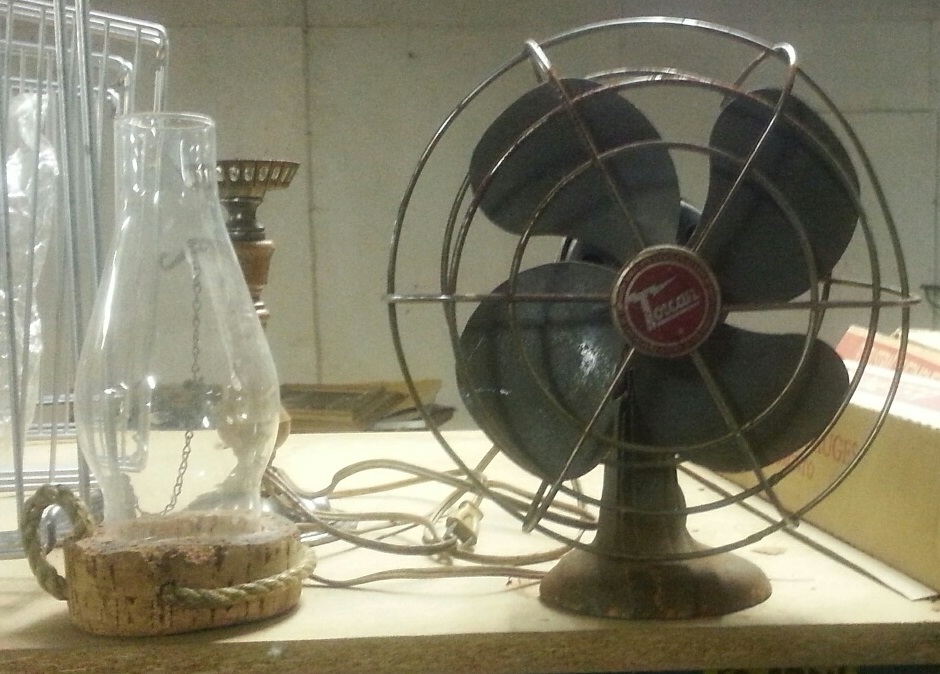 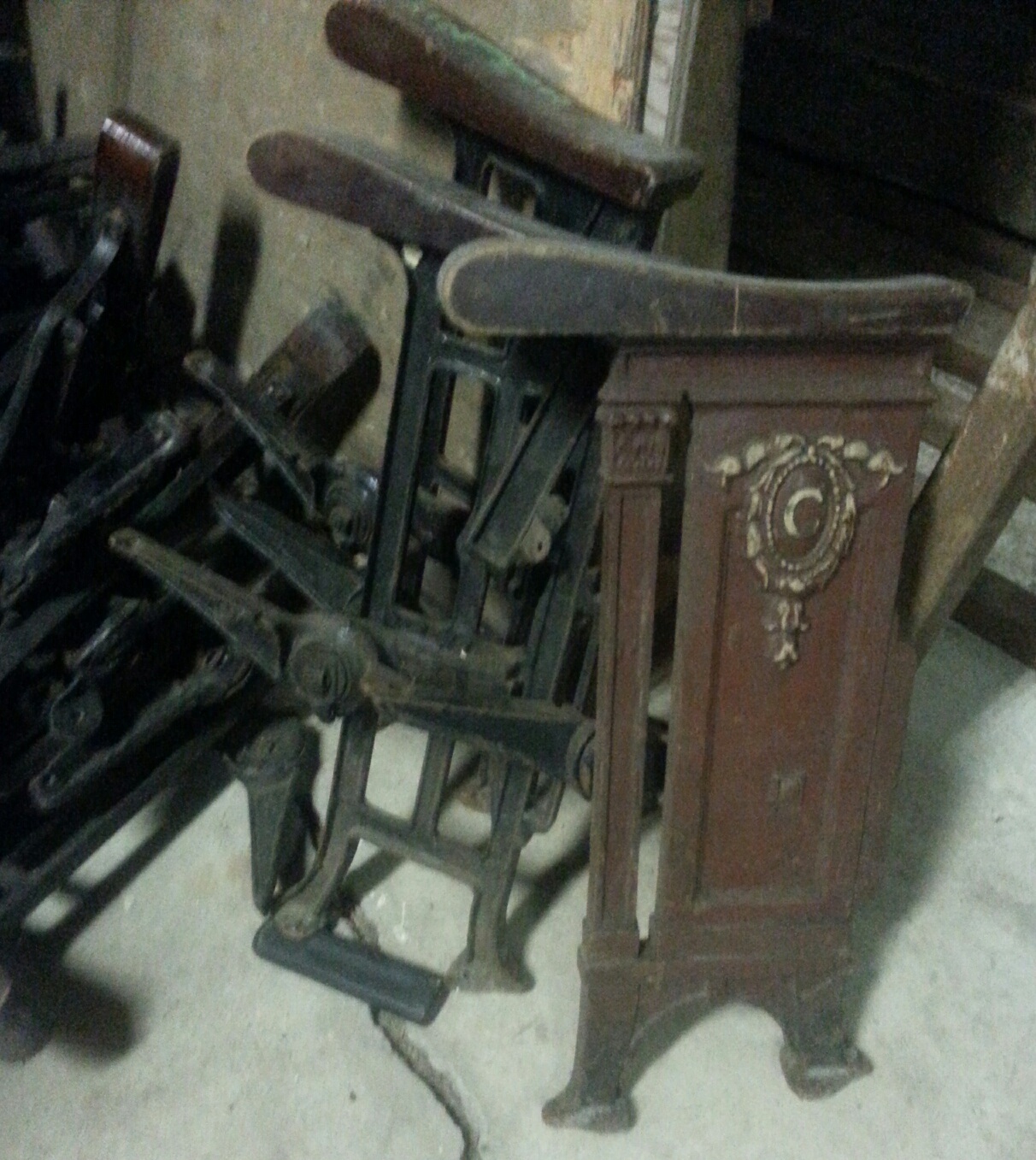 If you have any questions, the auctioneer is Bruce Kellett Auctions. Here is more information on the auction.