Get ready steampunks! This saturday, May 4th is Free Comic Book Day and it's going to be something special.

Arcana Studios out of Vancouver, BC will be giving out Chapter 1 of their brand new steampunk comic - Steam Engines of Oz. I did a little Sneak Peek back in February.

Not only will you get a free copy of Chapter 1 of this gorgeous comic, but Arcana has a number of special events going on at different locations as well:

Galaxy of Comics in Van Nuys, CA (17306 Saticoy St). Sean O'Reilly, co-created of The Steam Engines of Oz and Chris 'Doc' Wyatt will be appearing, AND we are very excited to announce that members of The League of S.T.E.A.M. will also be joining Arcana from 12-2!

So Cal Comics (8280 Clairemont Mesa Blvd #124, San Diego). Erik Hendrix will be doing a signing at So Cal Comics from 10-5! Pick up a signed copy of The Steam Engines of Oz while supply last from the co-creator and writer! 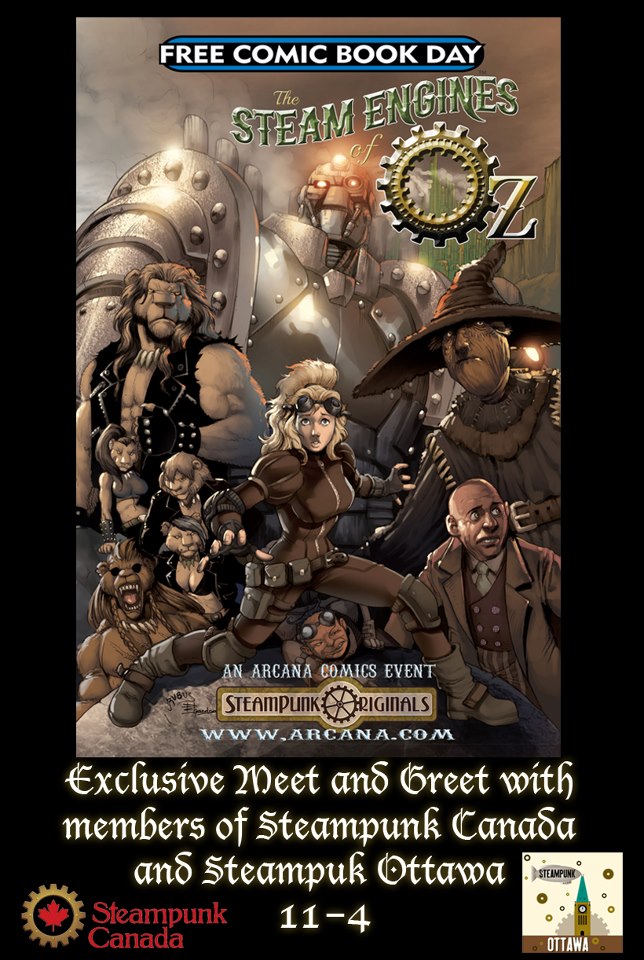 Get out and join us for a great day of fun and free comics!

Oops, you forgot something.

The words you entered did not match the given text. Please try again.

Boy in The Clockwork House
by Lee Ann Farruga | 1 comment